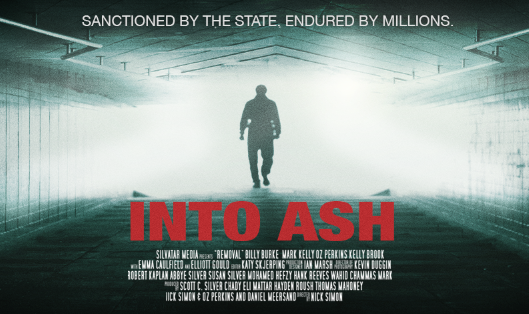 Tagline: Sanctioned by the state. Endured by millions.

A film based on investigations that affirm the existence of an ongoing secret program run by the Chinese state. This highly organised and covert operation involves surgeons, prison authorities, and top military officials.

Ethan Gutmann, acclaimed author of The Slaughter, is our moderator and guide, providing the narrative into the deep inner workings of the Chinese government secret program—to rid China of its political dissidents, and profiteer in the process.

The audience witness the inner workings from behind the lens of an omnipresent camera which glides through the hospital in-and-out of rooms, unnoticed like a ghostly apparition.

We see the mechanics of this highly efficient system as we are taken undercover—deep undercover—through corridors of a military hospital… through rows of cubicles as ‘sales’ personnel take orders, into secret meetings, circling ‘operations’ in progress, we are zapped into the phone lines trailing though finer optic computer cables. We have full access—hearing and seeing it all.

This top secret program and its insidious objective is slowly revealed—its stark conclusion leaving us looking skyward at falling ash.

This film is based on evidence of this secret program. This is a solution by the Chinese state to get rid of political dissidents.

Kidneys, livers, and hearts are forcibly ripped from living donors and sold on demand to overseas patients. Prisoners of conscience are tissue typed and then killed once a matching recipient is found for their organs.

The perpetrators are officials of the Chinese Communist Party (CCP), acting in cahoots with surgeons, prison authorities, and military officials.

Victims are held in concentrations camps prior to dissection, after which the bodies’ remains are immediately cremated.

Mounting evidence tells a terrible tale of murder and mutilation in China. Journalists conduct independent reports and write books on the subject, as witnesses and Chinese physicians reveal that thousands of persons affiliated with the Falun Gong are being killed for their organs, which are sold and transplanted at enormous profit.

China’s organ transplant numbers are second only to the United States. Unlike any other country, virtually all Chinese organs for transplants come from prisoners. Many of these are prisoners of conscience.